We introduce a new global illumination system to the engine. It is based on a pre-baked system called “Precomputed Radiance Transfer”. This technique allow us to bake the local ambient in the scene and display it in an optimized manner at runtime. Baked data is independent from the atmospheres. Thus, we can light the scene with the same bake data for every atmosphere.

Scene baking is divided into a couple of parts:

Side Note 1: If you minimize the GI boundaries as much as possible(not extending it to distant places from navigatable area) , you can decrease the grid dimensions and thus you will have more precision inside the town where it matters the most. For town scenes, we generally use grid dimensions of 1.5 meters width and 2.5 meters height.

Side Note 2: For the pixels outside the GI borders, we use a fallback probe from the scene. The default is the highest active probe near to the left corner of the GI order. Artist can select any other probe from the scene by first selecting probe and checking the “Fallback Probe” checkbox in the UI. 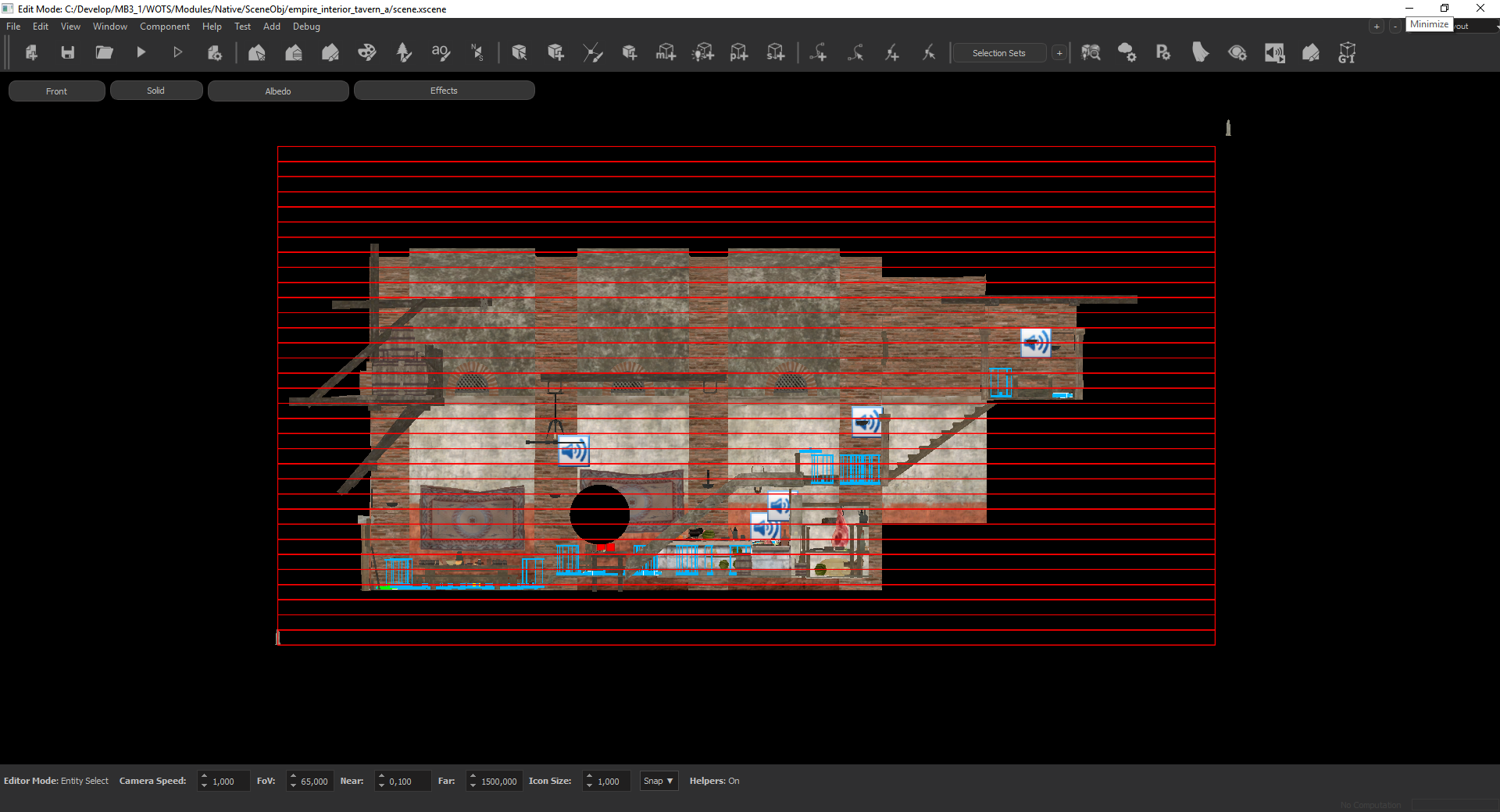 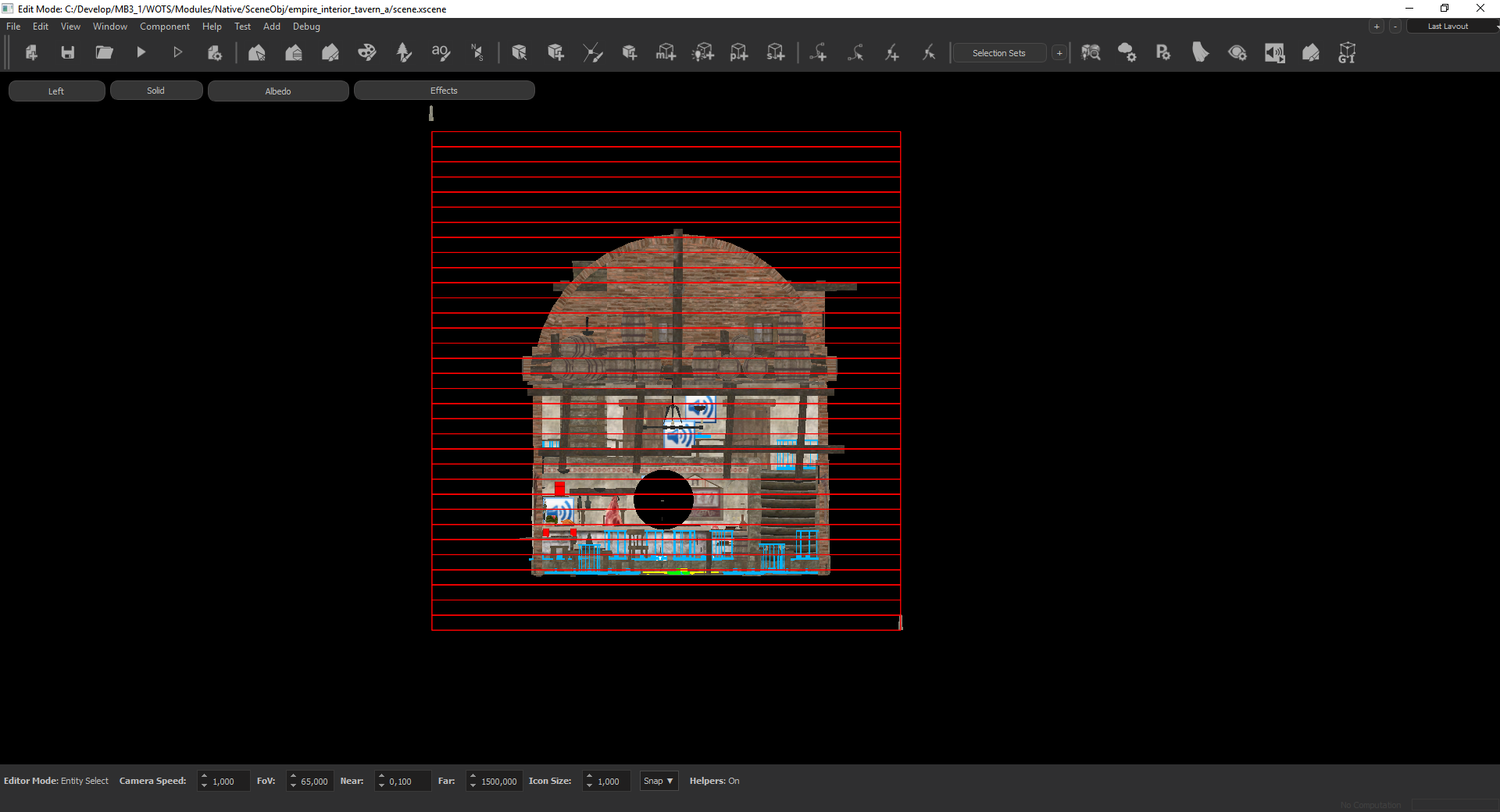 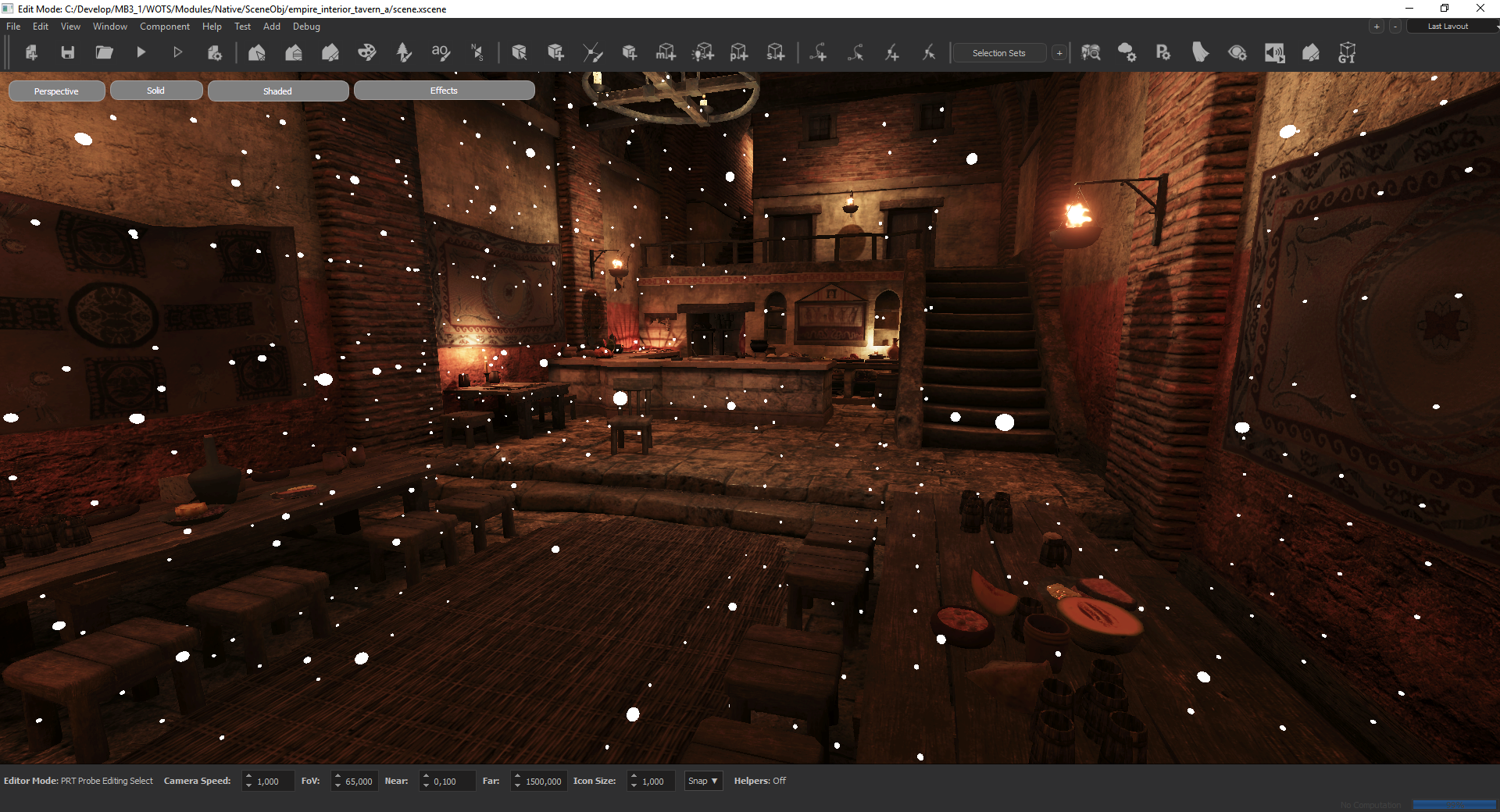 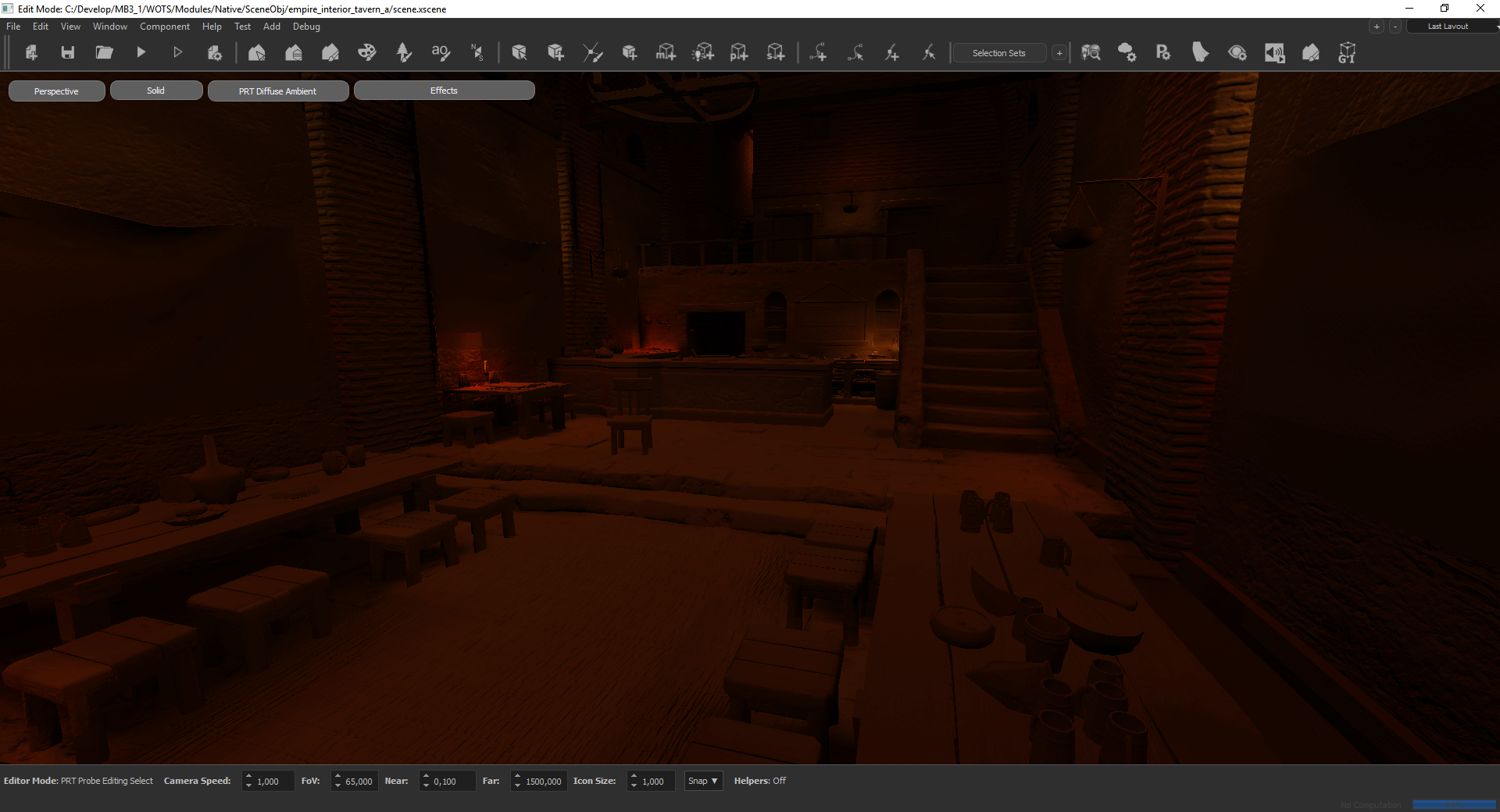 Just like the scene edit data system, prt data is divided into two parts. prt_data.bin is located inside the SceneObj folder and is the compressed version which is stripped of any editing data. This file should be sent to the source control. The other file is the edit data file. It is very big (at around 2 - 3 gb) and automaticaly sent to the edit data folder inside the network. Once you open a pre-baked scene in editor, only the compressed data is loaded. To be able to edit the bake data, you should Load the edit data with the ‘Load’ button in the “General Info” panel of the PrtInspector.

Important Node : After any changes to the prt data, do not forget to save the data with the ‘Save’ button in the “General Info” panel of the PrtInspector.

To ensure fast and smooth editing of probes, various selection tools are implemented. 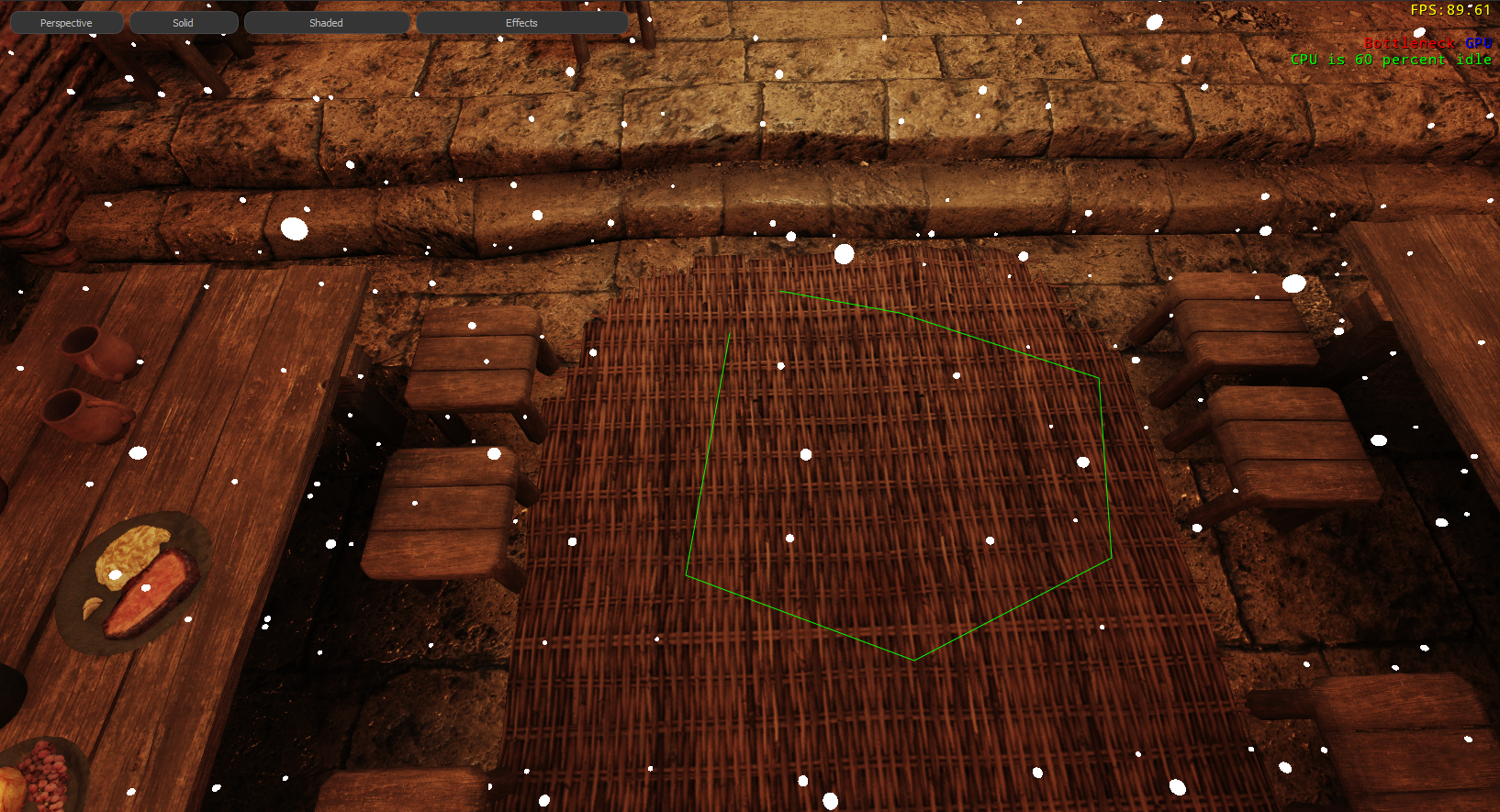 Side Not : This system only renders the nearest 100 probes with respect to the camera.