The Pivot alignment tool applies the chosen transform values of one entity to another entity. The tool makes it easier for users to create overlapping or precisely aligned entities. If an entitity is selected in the editor, the user can set up the alignment tool by pressing Alt + A. This will register the currently selected entity as the input entity. Selecting a second entity with the left mouse button, will then open the interface screen of the alignment tool.

(Initial position of bowl and candle)

(Pivot alignment in only y-orientation) 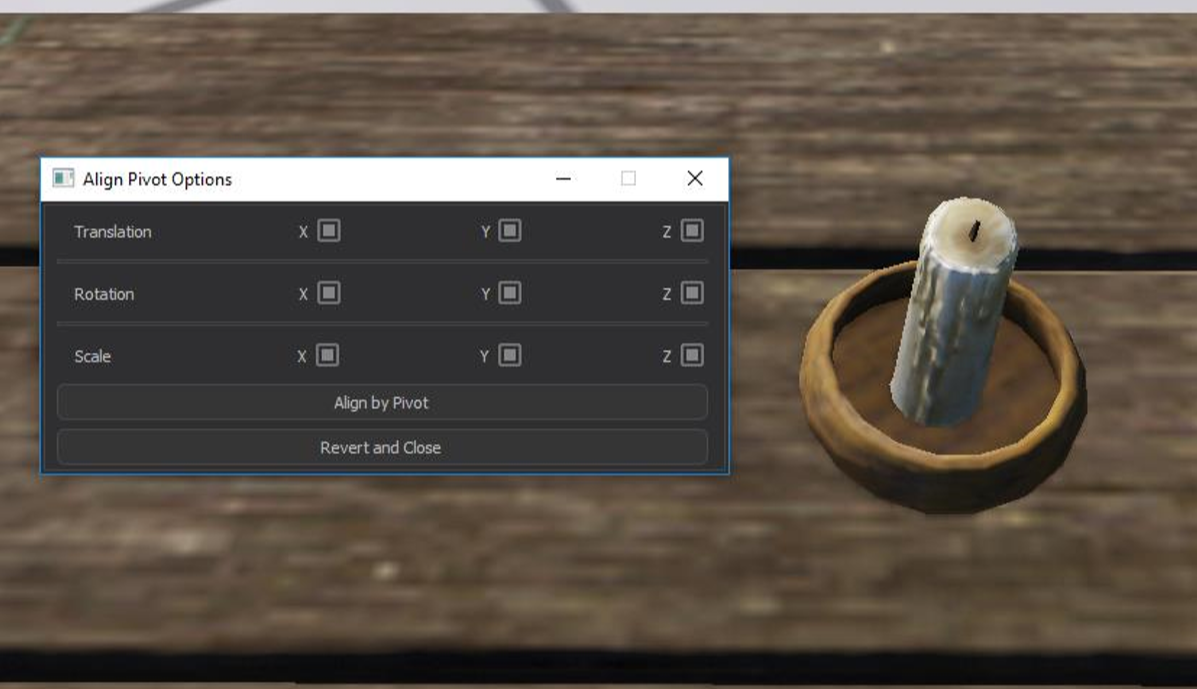 The Surface Snapping Feature allows a user to snap an entity’s pivot to the surface of another entity. Holding down the I hot-key continuously snaps the pivot of the currently selected entity to a surface that the mouse cursor intersects with. Control + Z reverts the transformation. This feature aligns the entity’s local y vector with the intersection point’s normal map, so it won’t require the user to make additional adjustments to align the entity with the surface.

Beware that this will lead to clipping, if the pivot of the entity that you seek to snap to a surface is not located on its own surface. 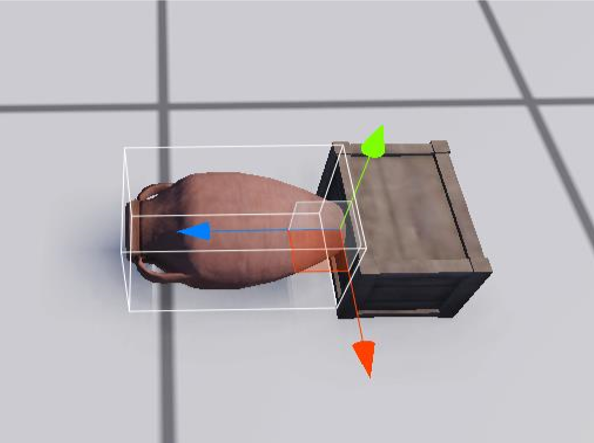 (Pot is snapped to the side surface of the box.) 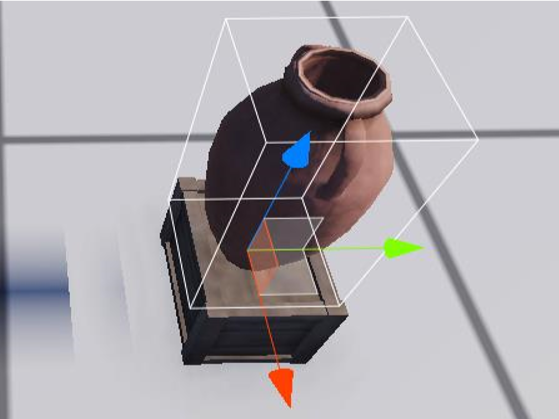 (Pot is snapped to the upper surface of the box.) 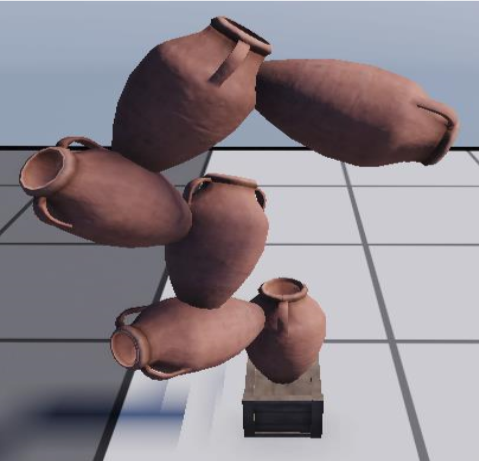 (Pots are surface snapped to each other.)

(Two fence entities are vertex snapped to each other.)

Alt + V activates and deactivates the vertex snapping feature. It only becomes active if an entity has been selected in the editor. There is a button on the editor toolbar as well, which acts like the hot-key.

After activating the tool and while the left mouse button is in a “down” state, the chosen entity’s selected vertex will continuously snap to the vertex of another, highlighted entity that is closest to the mouse ray’s intersection point. If the distance between the intersection point and the closest vertex is bigger than 2.0f or there is no second entity highlighted, nothing will happen.

Also, a yellow sphere will be rendered on the vertex to provide head-up display. Thus, user can choose any vertex by moving the mouse. This will be the first vertex. Also, sphere is scaled with respect to camera position’s distance.

After deciding on the first vertex, the snap operation can be done by holding down the left mouse button and moving the mouse. 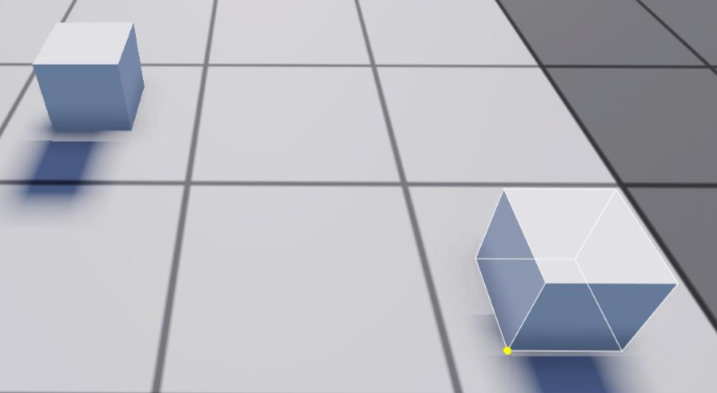 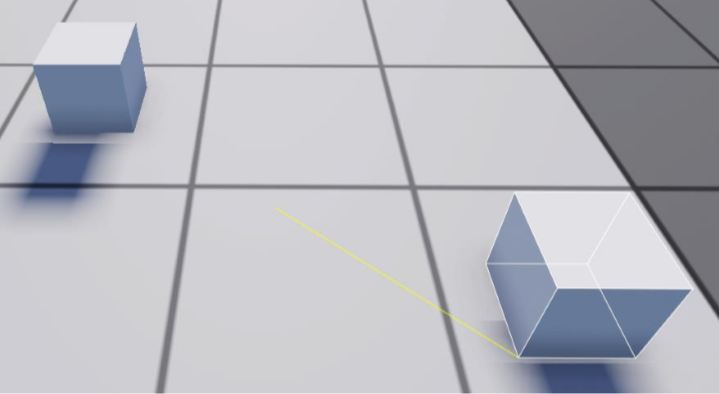 (Snapping path is shown with a yellow line.) 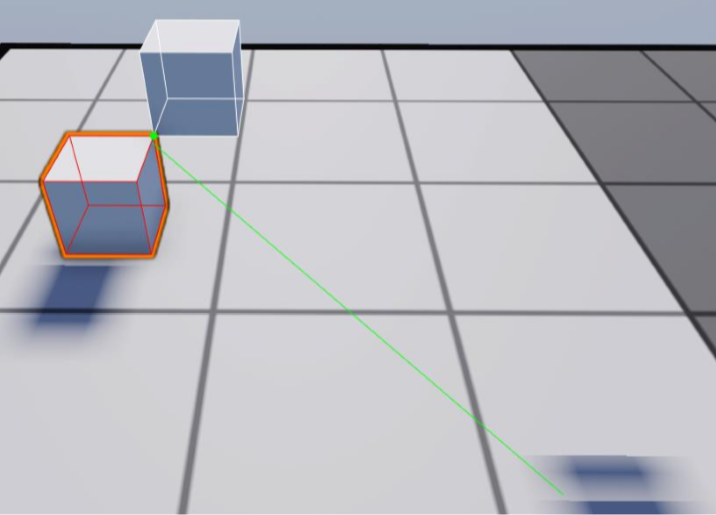 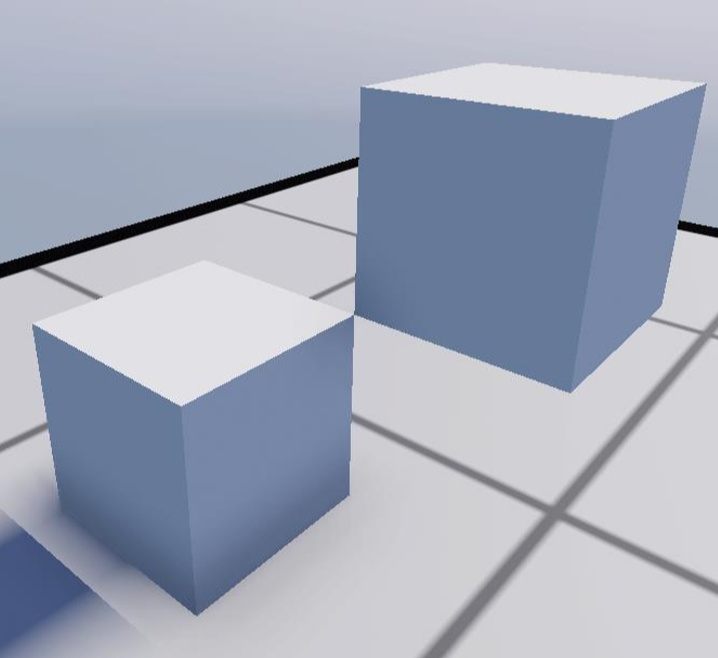 (Two cubes are snapped to each other by vertex.)

When snap tool is active, you will see a gizmo on top of the nearest vertex. You can use axes of this gizmo to constraint axial movement or drag from middle to snap freely.