What Makes a Siege Scene

This list of siege-specific features will aid you when creating towns and castles that are appropriate for sieges.

Siegeable walls are wall positions that support the breached walls function in siege scenes. We will have to specify solid and broken stages and their important positions as well as AI navigation mesh changes as if there is a breach. 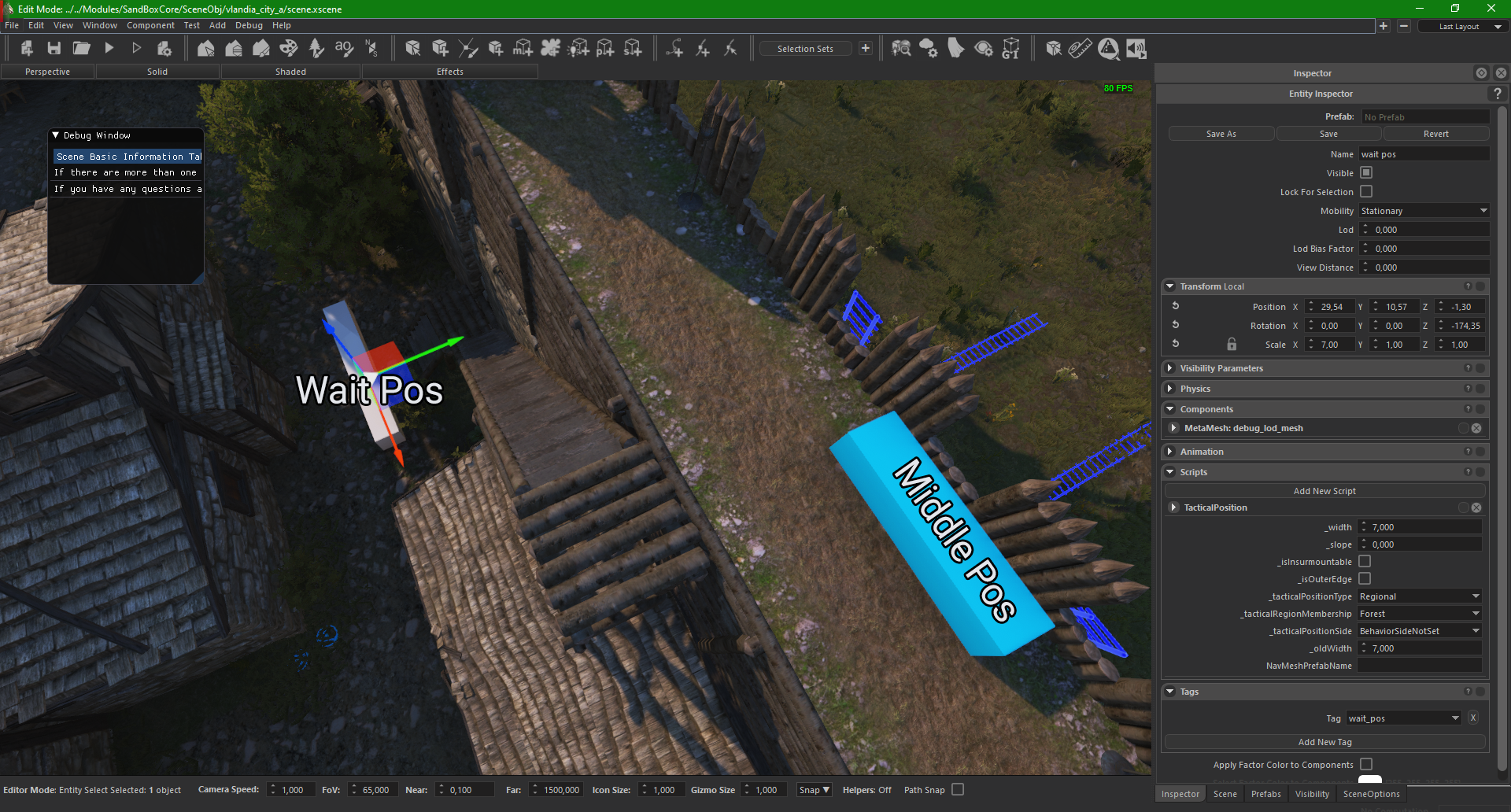 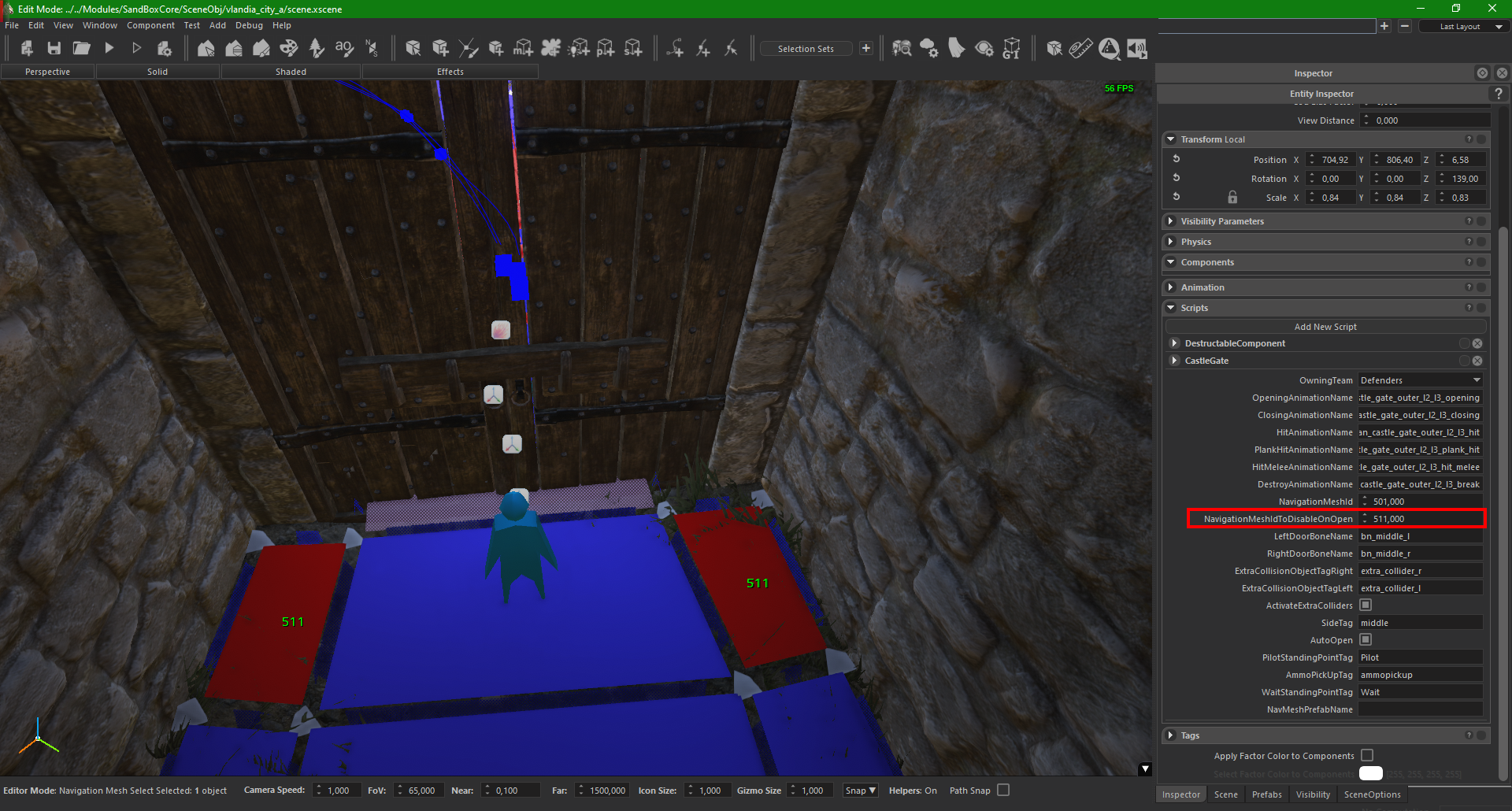 All siege machines are placed under deployment points. These points later in the mission become the selectable positions, in which players can place their siege equipment, like ballistas, battering ram or the siege towers. 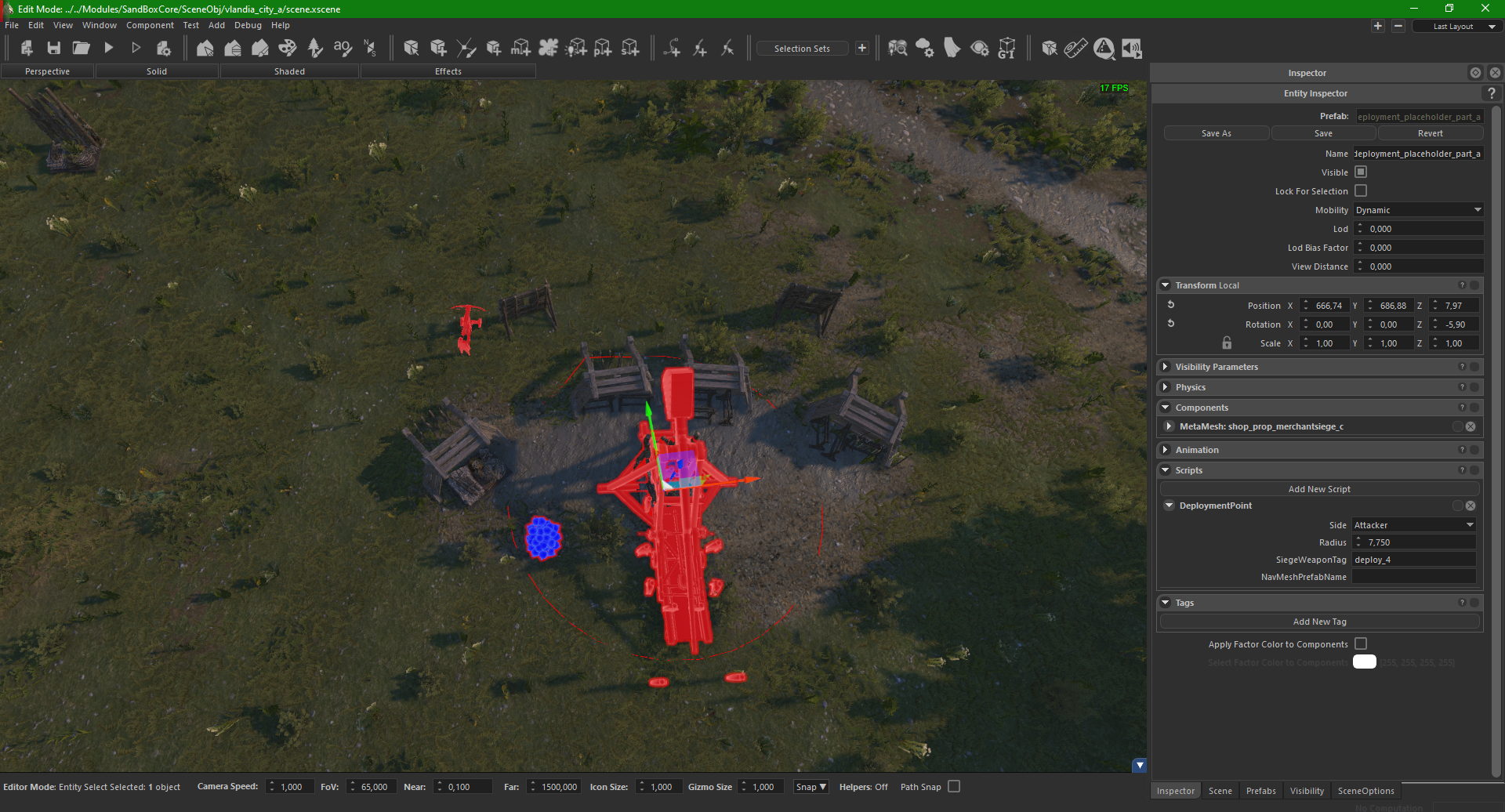 Secondary siege machines are ranged siege machines that support the assault or try to fend off attackers. They include ballistas and mangonels for both sides and trebuchets for the attacker.

Siege towers are the prefabs that support the situation when siegers build a siege tower in the campaign map. They replace one of the wall lanes. If a siege tower is deployed they will override the siege ladder on that “side”. If there is a breach on a lane, the siege tower can not be deployed to that lane.

Battering ram is the prefab that supports the situation when siegers build a battering ram in the campaign. The battering ram will be connected to the side tag and will damage the outer gate once it reaches the gates and troops swing the ram. 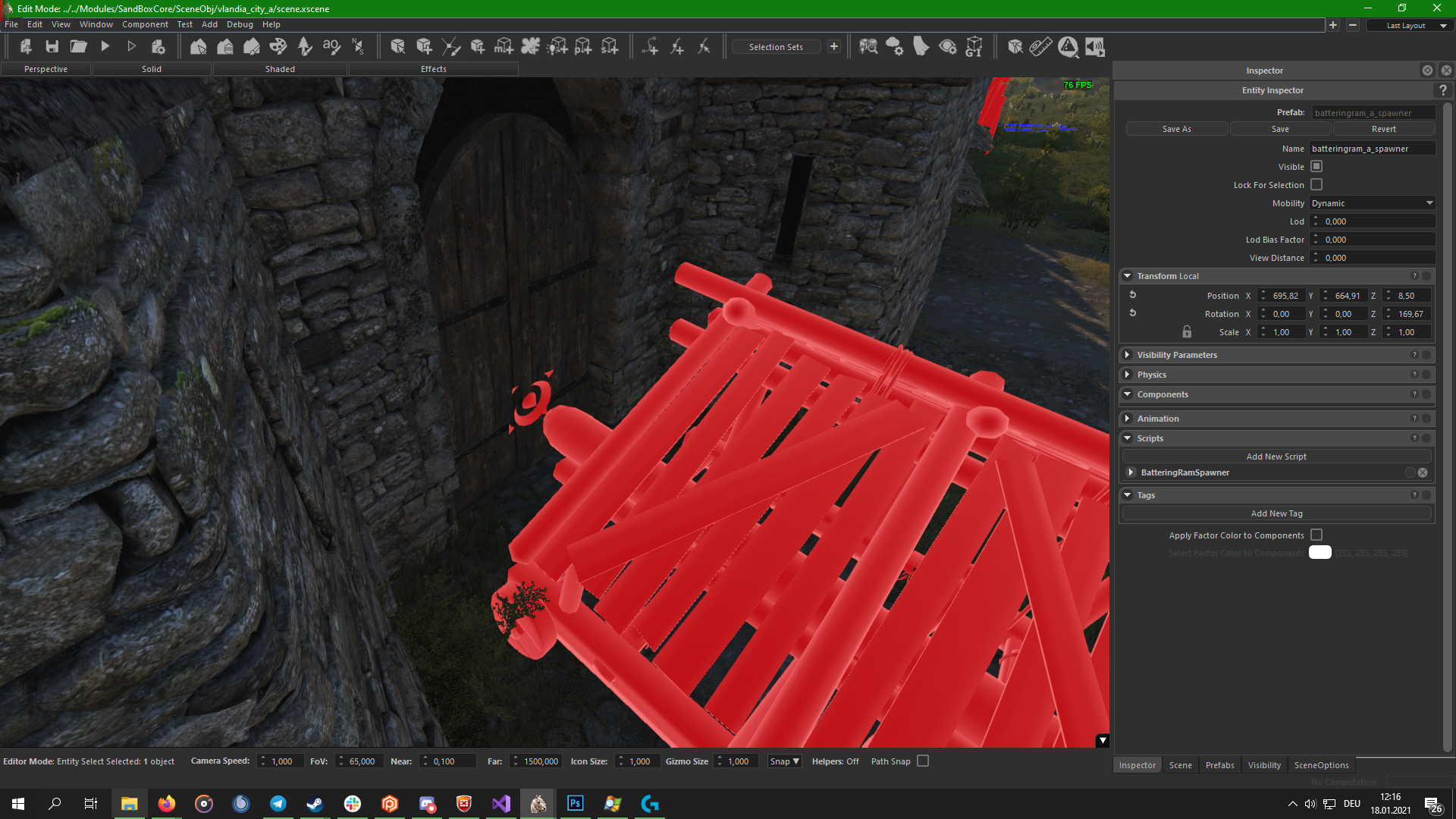 If the scene has ditches and a moat around the castle, we have a ditch filler system which allows the siege towers and battering rams to work properly. Ditch fillers will spawn if the player deploys the connected siege engines. We will have to arrange and ID various navigation mesh faces for AI to use pathfinding properly around the ditch filler.

Siege ladders are deployed by default to both siegeable walls unless there is a siege tower or a breach. 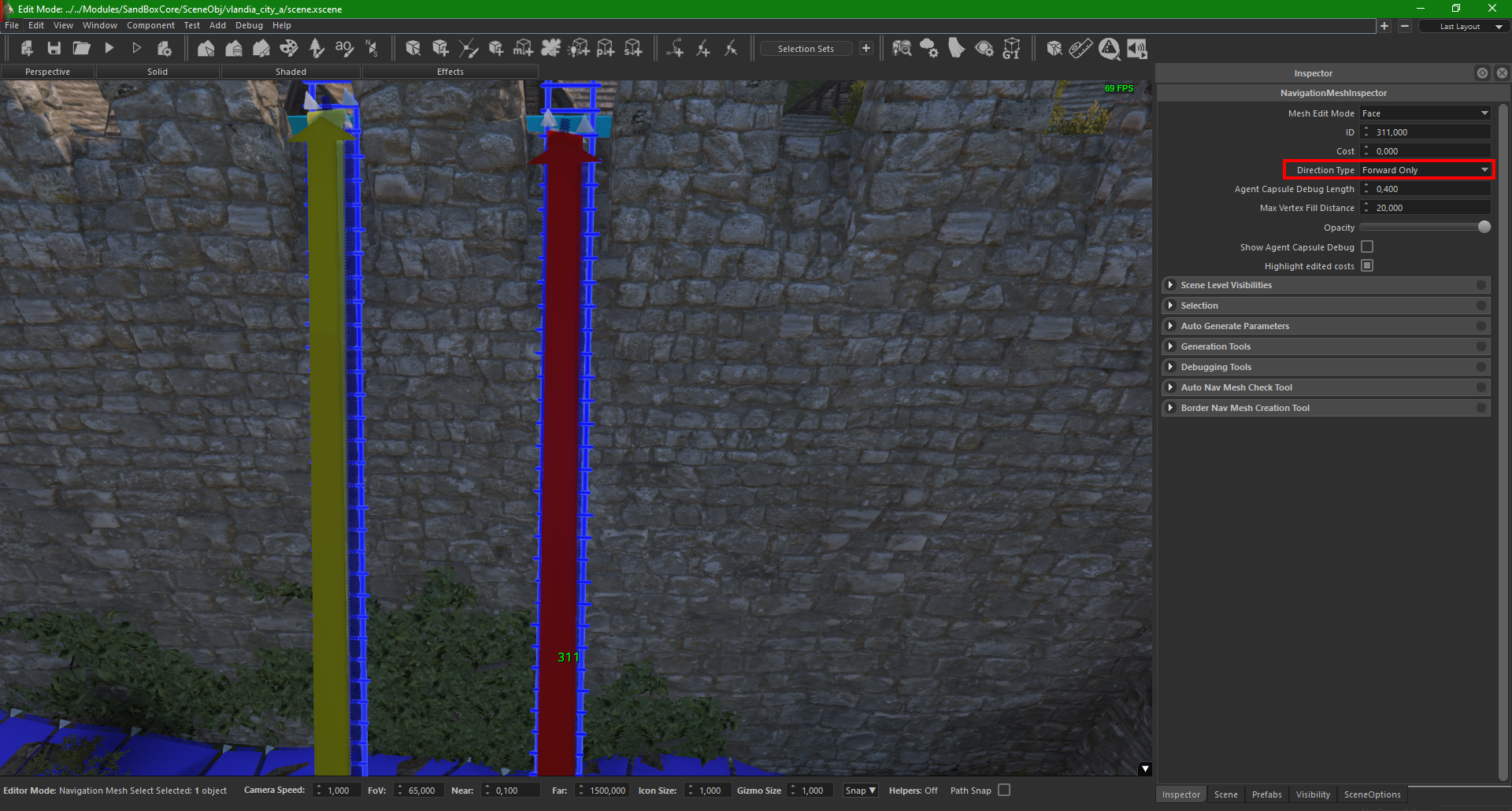 We place boundary entities to the scene to specify where attackers and defenders can deploy their troops. They work pretty much like soft borders.

The camera position and angle specify the viewpoint that will be used during the deployment phase.

Spawn points are the locations where NPC troops and the player will spawn in the scene at the start of the battle.

There are flee lines both for attackers and defenders. If placed in siege scenes, the AI should prefer to run away using the flee lines rather then to the closest soft border edge.

The script [tacticalposition] enables us to modify the width of various AI positions.

The AI barrier should be added to all locations where the AI troops might fall from unacceptable heights.

We can place usable rock piles to siege scenes. 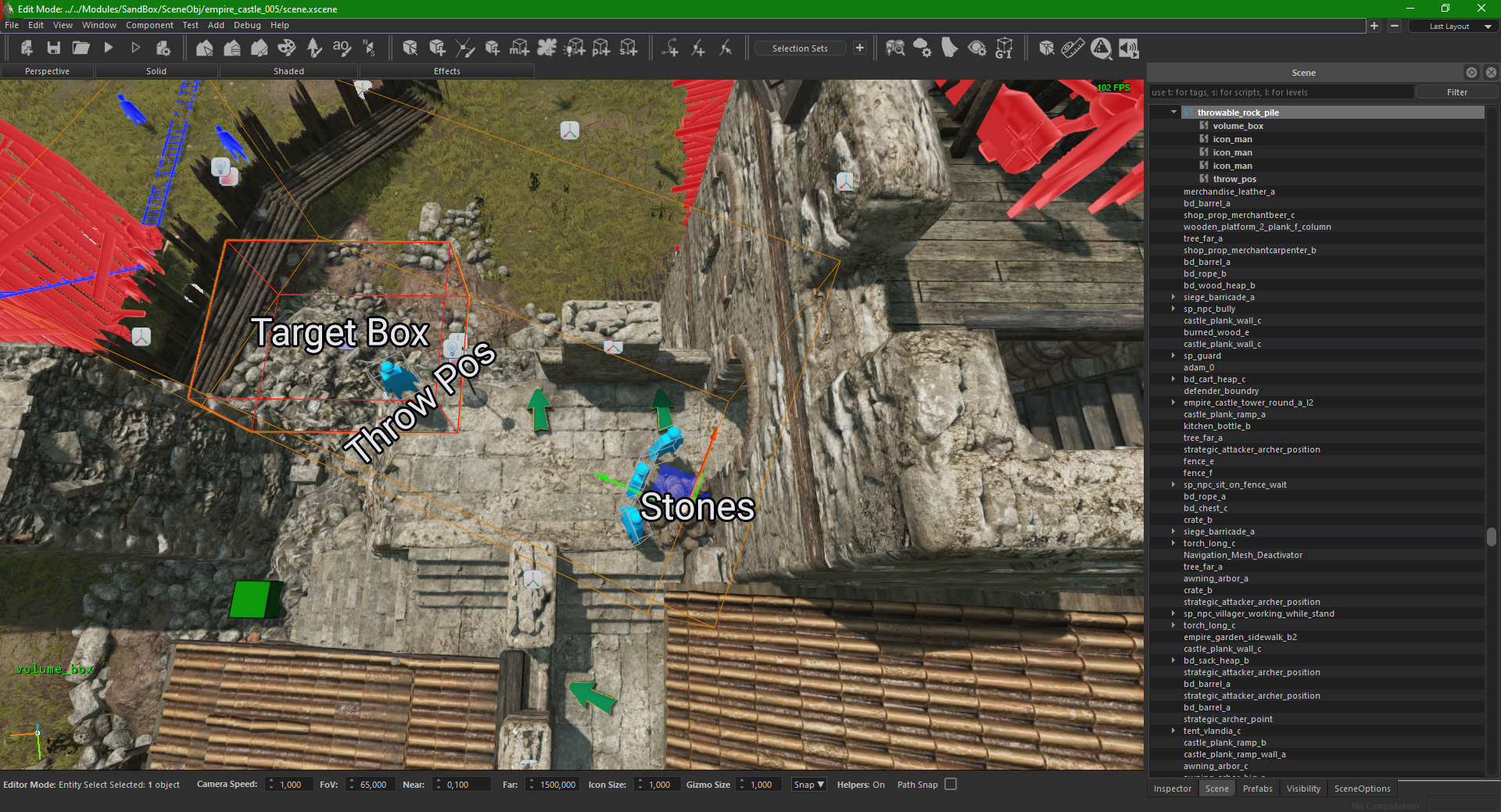 Merlons and other Destructible components

According to the wall HP of the settlement we create wall breaches but we also destroy some the entities containing the destructable_component script. This feature was intended for merlons but it does not specifically check for merlons but rather for the script itself.