These settings are applied to Maya. Similar kind of software might contain the same settings. When we export the new rig for the first time, the exported FBX file should contain the skeleton and the mesh. 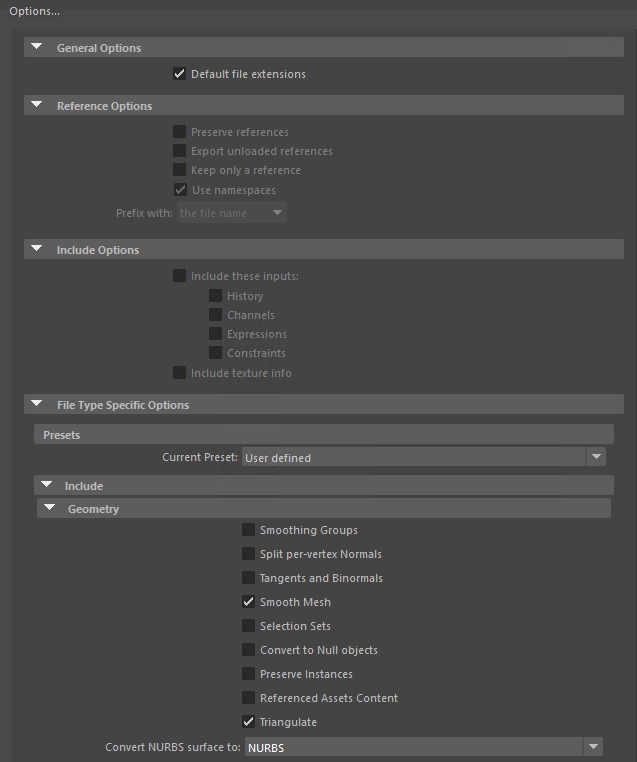 We make sure to disable mesh and skin related options before we export the animations. ”Use scene name” is very important to check when exporting for both animations and rigs. Also make sure that the root bone contains “_notused” at the end of the string. 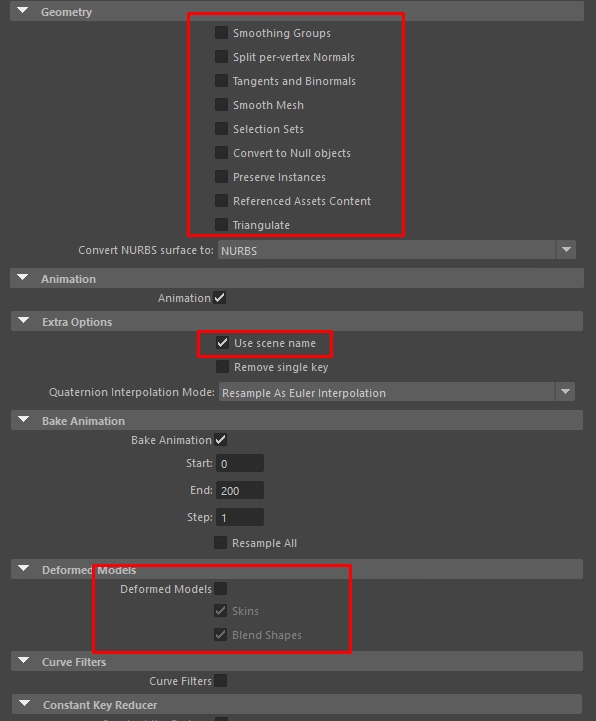 We make sure that we don’t send any kind of “Constraints and Skeleton Definitions”. Constraints, Connections and Unit settings should be set as the image below. Our engine also uses the “Z” as the up axis. 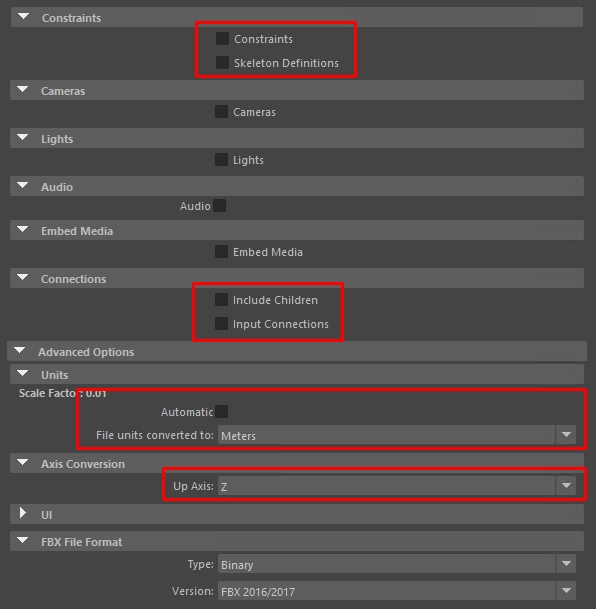 After exporting your animation, to reference it in the game, you need to add new animation clips from the resources browser which references that animation. To do so, you should use the “Animation Clip” button inside the “ Create” parent build. Most important properties of these clips are:

A typical animation contains some optional attributes as well. Most common one is blend_in_period, which sets the duration for blending to the existing animation and reaching 100% weight. blend_out_period is the opposite of this blending, but it has an important difference. Blending out actually means that the animation ends earlier than the given duration, and the rest of the animation will only be used for blending out to another animation. But blend duration is only set by blend_in_period. Having a longer blend_out_period than the next animation’s blend_in_period doesn’t extend this blend duration. It just helps the blend to look smoother, since during that blend, if both animations play at the same time, it looks visually more appealing. An animation with 0 blend_out_period simply pauses during the blending to the next animation, and it causes a sudden stop/velocity change in bone rotations.

Animations usually contain two other nodes: flags and clip_usage_data. clip_usage_data is a common data pointer that may refer to blend_data, displacement_data, bipedal_movement_and_ik_data, and quadrupedal_movement_data. Their usage is mostly for specific cases and their details are out of this explanation’s scope. Flags are used for nearly all animations though and require some explanation. Possible flags that can be used for an animation are:

Agent animations are mapped to action sets as actions. In order to set a new animation to an existing action, first you need to define a new animation clip through the resource browser. Animation clips define the animation start and end seconds, FPS and various properties. Then you need to map it under action_sets.xml for the specific action set. If a new action is needed to be created, first you need to add it as a new line under action_types.xml, and then do the same steps above.

Non-agent animations are not mapped as actions. For those, you just need to add the animation clips through the resource browser and then start using it in the code.

Using the modified actions is pretty straightforward, you just need to change the action to animation mapping under action_sets.xml and that will probably be enough. But if you want to create a new action, or create a new behavior for an existing action, possible ways of integrating it within the game would be: