What Makes a Village Scene

This list of checkpoints should aid you in creation of village scenes and provide you with an insight into what we pay attention to when creating village scenes. 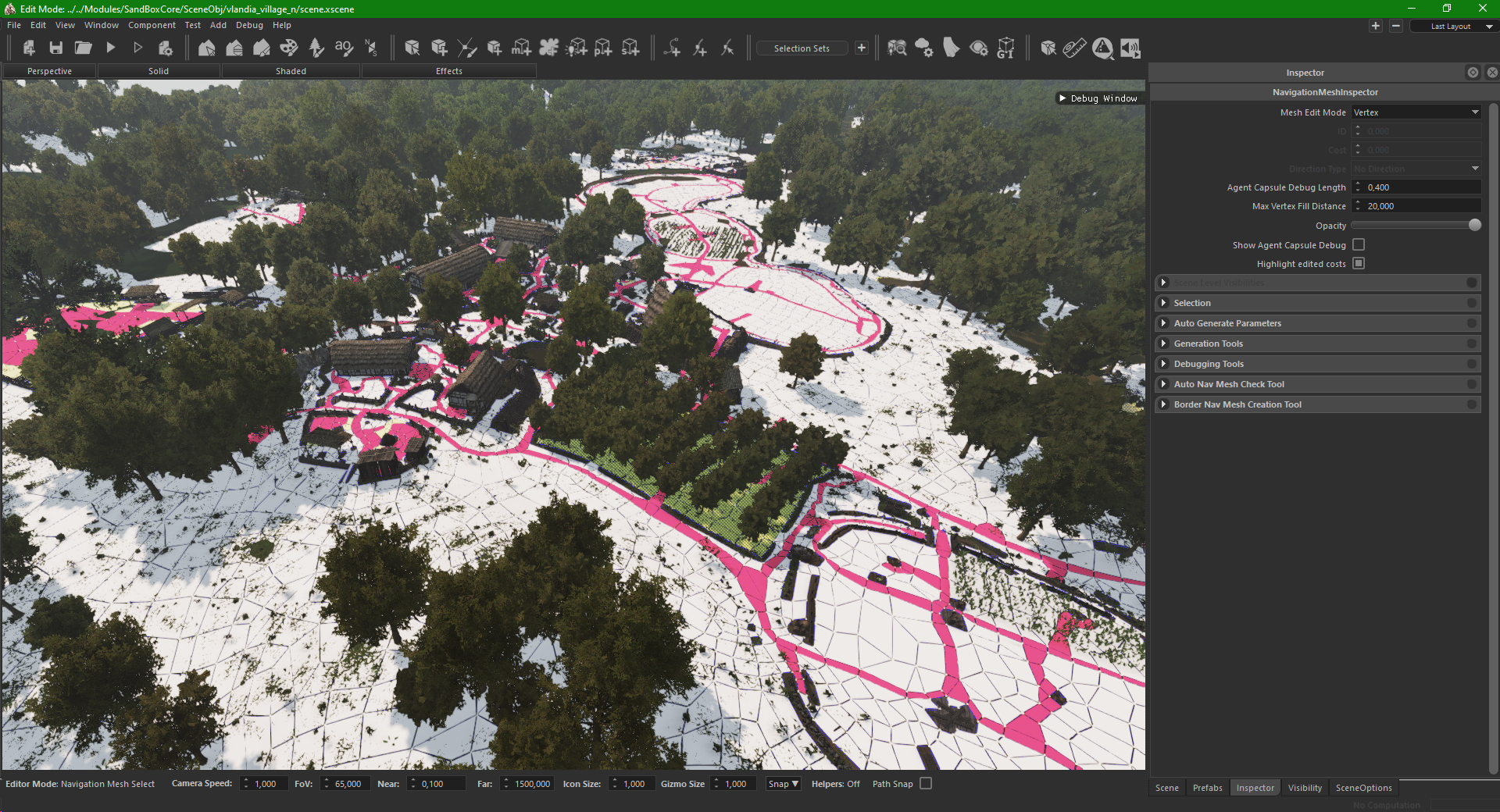 As noted before, all spawn points need to be placed on top of navmesh (ID 2) and inside the soft borders. Remember that some prefabs (like chairs and benches) come with spawn points attached to them. If the spawn points aren’t compatible with the village mission, they will most likely crash the game or cause errors. One example is “sp_blacksmith_with_smithing_machine”. The most important thing about the entry points are their tags. They decide what type of NPC will spawn there. For your own sake, don’t play around with those tags too much and keep them as they are from the prefabs.

Moving sounds on paths (for rivers and such)

Sometimes it’s useful to move sounds along a coast line or a river. The below technique is more performance-friendly and more precise than placing multiple sound entities along your river for example.

Sounds in the Engine

You can check the “MODDING_TOOLS_DIRECTORY/Sounds/GUIDs.txt” file for the list of the sounds in the game. These names can be used inside the script of the sound entities.